Father and Son: A Lifetime Bond 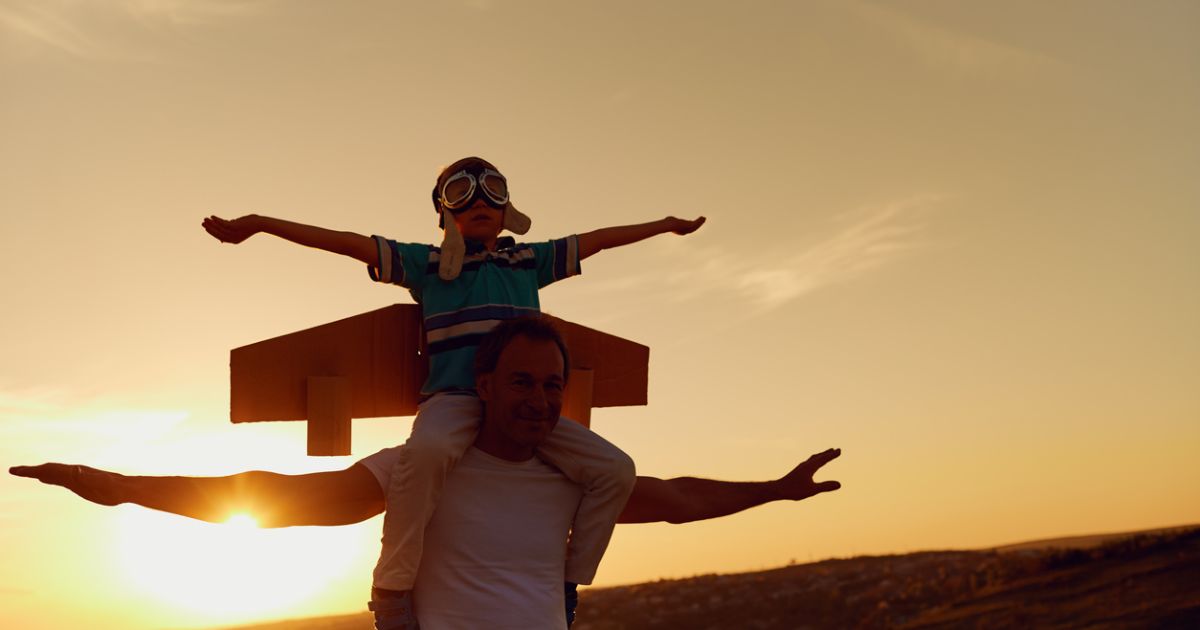 You don’t raise heroes, you raise sons. And if you treat them like sons, they’ll turn out to be heroes, even if it’s just in your own eyes.
-  Walter M. Schirra, Sr.

So many of our residents have wonderful relationships with their grown children, and we count ourselves lucky—as we go about our everyday work at Danbury, we have the joy of observing these loving relationships. In honor of Father’s Day, we interviewed two Danbury fathers and their sons. They gave us insights into their rewarding lifetime bonds. 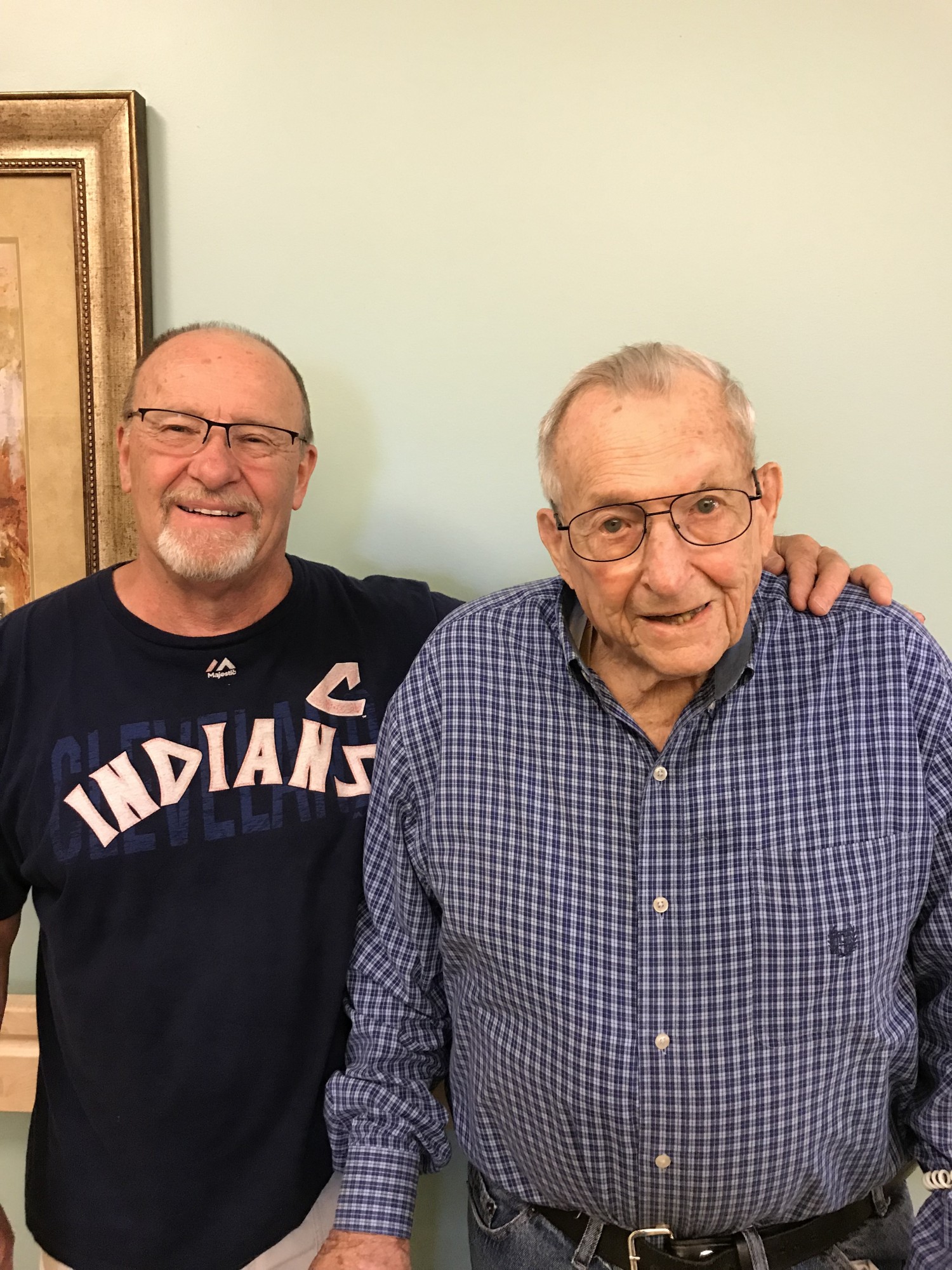 Baseball games. Football games. Those are Larry’s best childhood memories of being with his dad. They went to a lot of games, just the two of them, and Larry loved those one-on-one times with Paul. Not to mention that he loved being introduced to sports!

Paul fondly recalls Larry wanting to be his helper when they were building their house in Wooster. He told Larry he was too young to paint, but he eventually gave in to Larry’s persistence. Paul described how at first it was hard to manage Larry’s painting, but he went on to say, “You know, I loved every minute of it...and he eventually did a better job than I did.”

In Paul’s eyes, Larry is good at all things, including being dad to his two grown sons. “Everything I did, he did better. I’d take a dozen just like him.” He is especially proud that Larry learned to fly airplanes, something he would have liked to have done himself. Larry got his pilot’s license in his late teens, and Paul would sometimes accompany him on flights. When Larry would pull stunts over Chippewa Lake and be “in the clouds," it made Paul scared and impressed at the same time.

While growing up, Larry observed his dad being a good person and working hard. “I learned that those things pay off.” He also appreciated the advice his dad gave him before he left for college: “Keep your nose clean, study hard, and you’ll be alright.”

Larry lives only three miles from Danbury Wooster, so he and Paul are able to see each other around three times a week. They often talk about the “good old days”; Paul loves to recount and laugh about Larry’s early teen years—his exploits and work projects in the neighborhood. It’s clear that Paul and Larry have given each other lots to laugh about over the years. 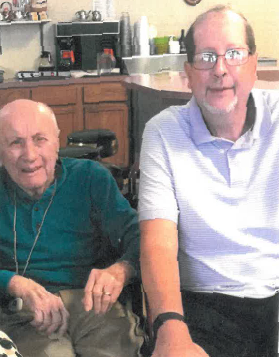 Richard and his son, Rick, both treasure the many times they spent fly fishing together. From the time that Rick was 10 years old, they took trips “up north” (from their home south of Detroit) to fish for trout in their favorite spots in Michigan, on either the Au Sable or Manistee Rivers.

Rick grew up with three sisters, and since they had no interest in fishing, these trips were special father/son times. Richard’s best memories are the hours they spent sitting at their campsites, tying flies together, and just talking and talking. On top of it all, both of them recall catching a lot of fish. “We got pretty proficient; between the two of us we did a very good job,” Rick said.

When Rick was in his early teens, Richard decided to get his pilot’s license. He had been a paratrooper in the U.S. Army, so it wasn’t surprising to his family that he would take on this challenge. For Rick, that made the fishing trips even more exciting; his dad was able to fly them up to their fishing spots.

The biggest reward for Richard? Watching his son grow up. “He became an outstanding young man. He was no trouble at all.”

Rick described the things his dad modeled for him. “He was a dedicated, hard-working employee. He was a school teacher, principal, and superintendent...he did a good job and he always had a good way with people. He showed us how to treat people.” What advice did Richard give Rick? “Work hard, get your education, and have a family.” Rick is glad he followed that advice; he and his wife, Patricia, have three daughters and a son, and he recently retired from a successful career.

Richard moved to Danbury Brunswick (leaving his home in Michigan) so that he could be close to family. He loves his frequent visits with family, and he especially likes to hear stories about “the little ones”—he has three great grandchildren and another on the way. Richard appreciates Rick’s role in his move. “He’s been attentive of me and helpful in the adjustment. He’s made the move a delightful experience.”

Does your parent need you to be the hero—the one who finds the senior living community that will be just right? Check out Danbury’s resort-style living by scheduling a tour at one of our locations across Ohio.

Stay up-to-date on what's happening at Danbury! With current event information, resident spotlights, and helpful resources for seniors, residents, and families, you don't want to miss an issue.