Love is in the air at Danbury, where some of our resident couples are celebrating Valentine’s Day by looking back on their own love stories. We interviewed a few of these lovebirds to learn some of their secrets to a lasting marriage. 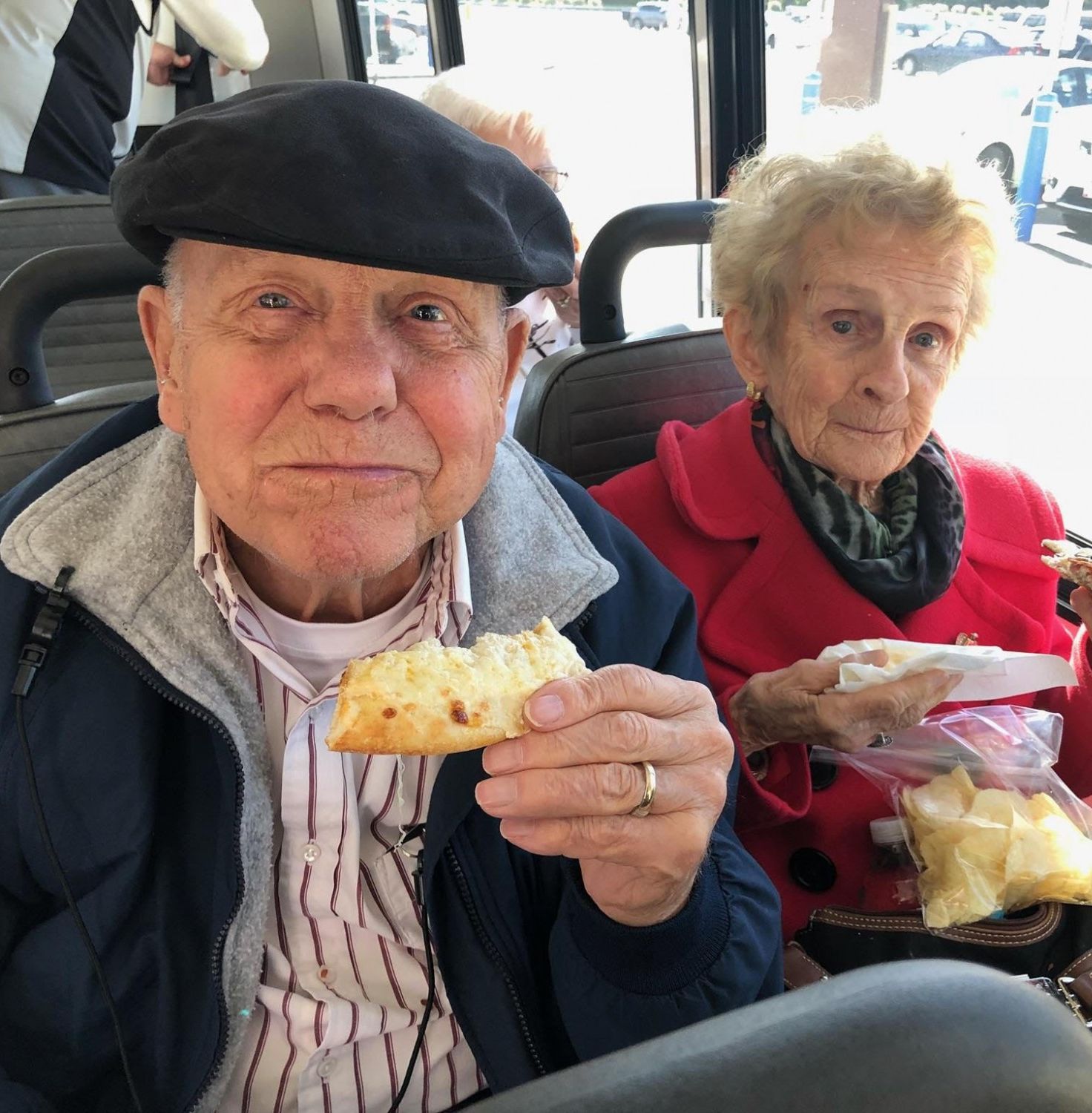 Bill and Shirley are one of eight married couples who call Danbury Massillon their home. And their story has a beginning worthy of Hollywood.

When Bill worked at Smith’s Grocery in Canton, he would see the beautiful Shirley walking to work. He would wait for her every day, sometimes going from window to window to watch her as he tried to work up the courage to say hello. It took a draft to the army, a furlough, a dance, and some rides in the car before he finally asked her on a date and they went steady. They have been together ever since.

Shirley has fond memories of Bill’s letters from the army, which she says read more like “a comedy act” than a typical love letter, providing entertainment, unbeknownst to him, for her whole family. Their fun relationship continues to this day, where they enjoy going out any chance they get. “Every time that car goes out,” Bill says, “Shirley and I are on it!”

Their advice for newlyweds? “Don’t do anything without consulting your wife first.” 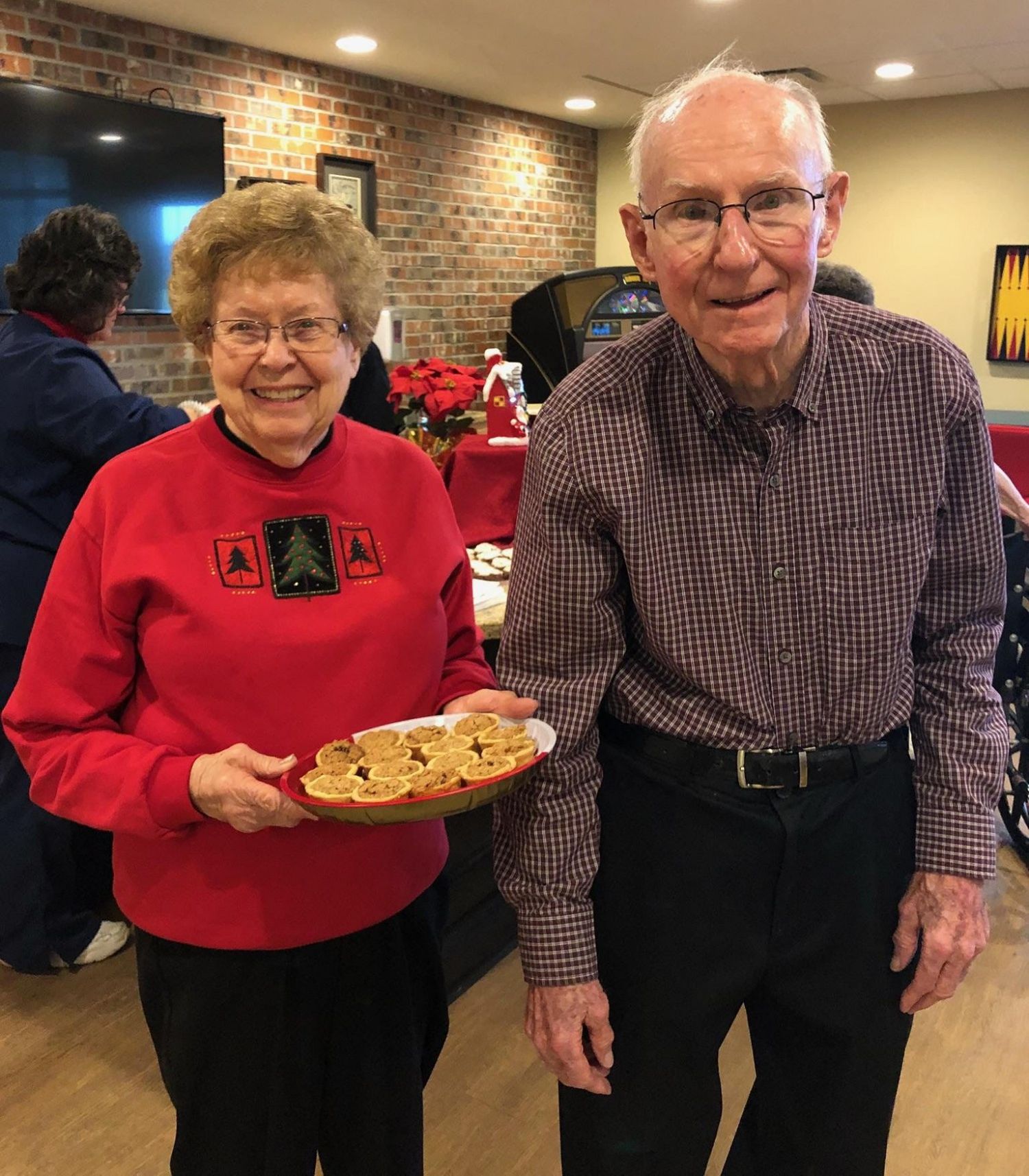 Another Massillon couple, John and Billie, have been married for a stunning 67 years. They met at a neighborhood cookout, then went on their first date to Meyers Lake Park, where John convinced Billie to go on a roller coaster that she says scared her to death!

They continued to hold onto each other through life’s exciting twists and turns, including John’s surprise Valentine’s Day proposal. They married the same year he proposed, 1951.

John and Billie’s favorite activity is to walk in the evening holding hands “and not just for the purpose of holding each other up, though it serves that purpose, too,” says John. Their secret to a good marriage is patience, listening, and going to church together. 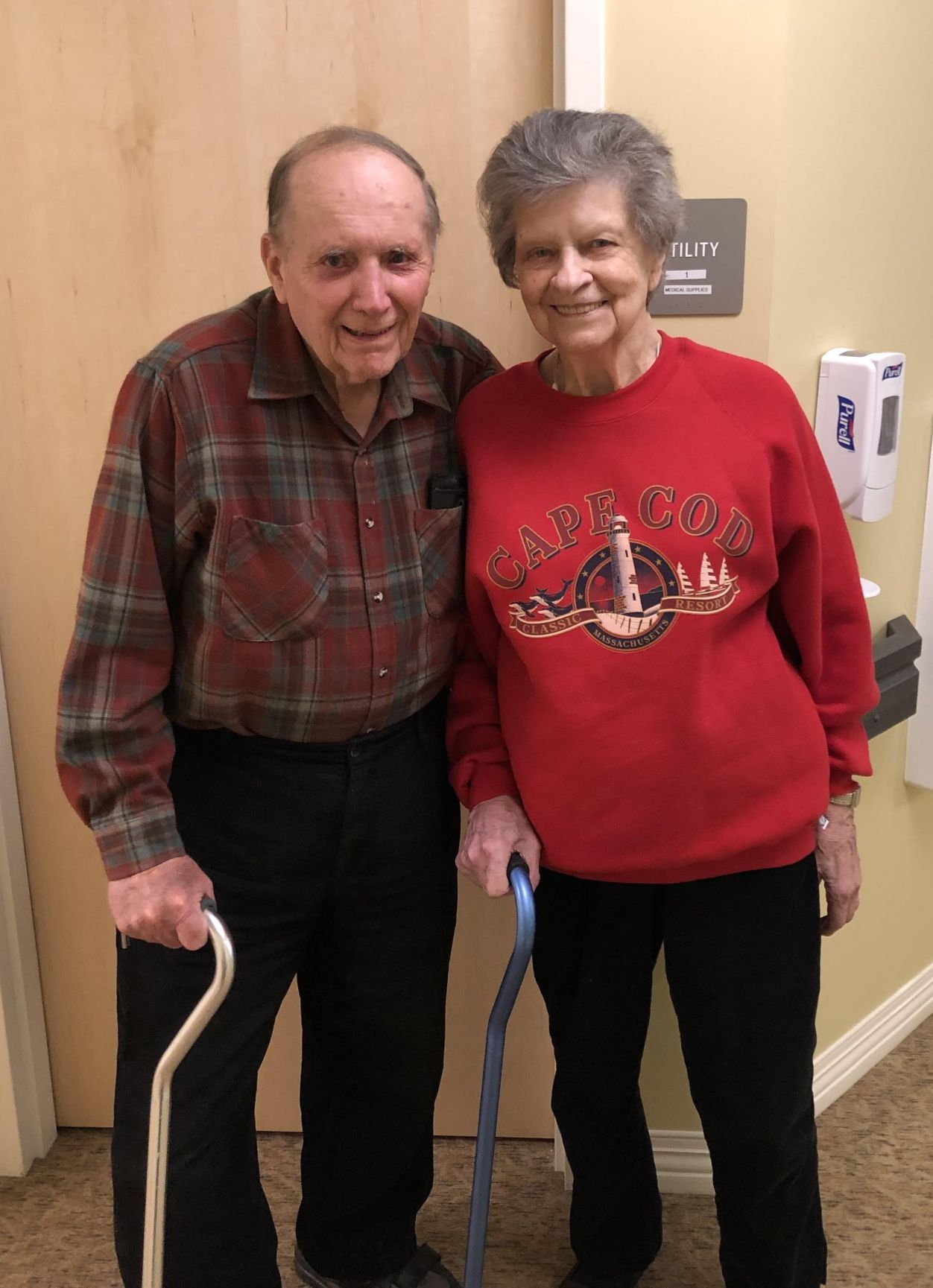 Dale and Martha, who live in an apartment at Danbury Wooster, met playing cards. They started going out in secret, which didn’t last too long. “Wherever we went,” said Dale, “we saw people we knew!”

The two of them have been a public item for decades now, with a bond that is impossible to break. “We think of the same things and communicate the same things,” says Dale. Martha agrees that “it’s nice to have someone to communicate with who knows what you’re going through.” They also enjoy the same activities, which in their case, involve hanging out and relaxing at their Danbury apartment.

Their advice for newlyweds? “Know it’s going to be a lasting marriage,” says Dale. “Don’t just give it a try, then leave.” For this couple, a strong marriage was in the cards. 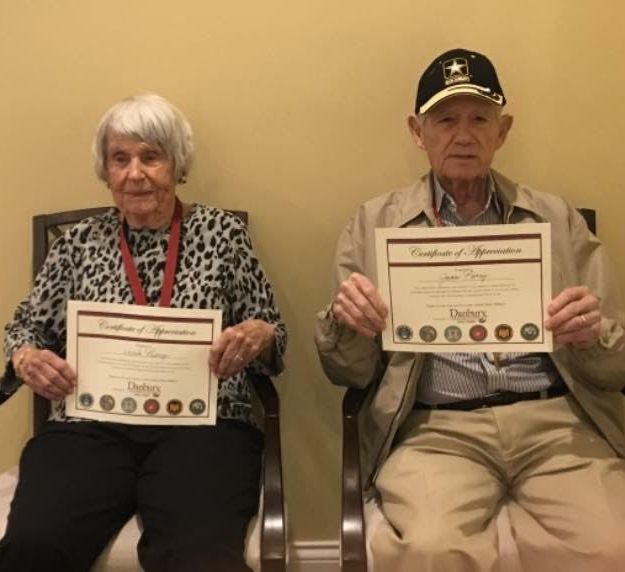 It was the Army that brought James and Ursula together. During World War II, Ursula was an Army nurse, and she says she was immediately attracted to James—he was a Colonel with a Southern drawl and “a pretty good lookin’ son of a gun.”

James has saved many of the letters that they sent to each other during the times that he was away for extended periods, and Ursula was left with the responsibility of raising their sons. He was grateful for Ursula’s parents. “Ursula had a home with her mother and dad to take our sons to, so that made my job much easier, knowing that they were well taken care of.”

Their thoughts on love? James says he feels loved because Ursula is constantly doing things for him. Ursula describes being young and in love as a “nice, warm feeling,” and names a reason their love has grown over the years: With a wink and a smile, she says, “Absence makes the heart grow fonder.”

If you are looking for a resort-style living experience for you and your honey, independent-living apartments and assisted living at Danbury Senior Living may be the right choice for you! Check out Danbury’s resort-style living by scheduling a tour at one of our locations across Ohio.

Sign up here to receive email updates regarding how we are responding to the COVID-19 situation.